Recent Entries
I've been so busy lately!
Tour of Kensington Valley
The Robots
So...Where Have I been?
Great Comic
Cereal
It's been a while
Thoughts from a bachelor
Food Facts That Puzzle Me
Hello TSA....

When you're re doing your bathroom sink, and have taken the doors off to paint, and so you can hook up a new faucet, it's a good idea to remove the TP so it doesn't get ruined by the water leaking when you don't "quite" have everything tight enough.

However, the wrong thing to do is to then stack this in you room, forgetting about it. You might hear something being chewed that just doesn't sound like one of your dog's toys. Kiera had been having some fun! She was laying in the middle of all that when I discovered her, looking just as pleased as could be. She got up when i took her picture though. 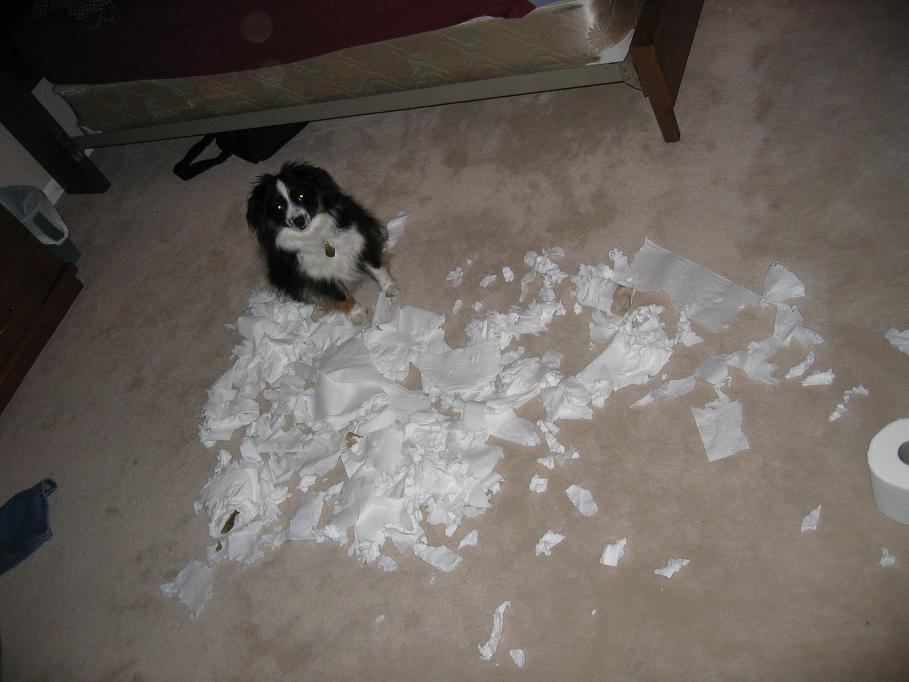